As part of our Stone Age topic the children took part in a workshop with Dom. Dom shared his expertise with the children, taking them back 1.4 million years ago, through the Stone Age, Bronze Age and Iron Age.

The children engaged with a range of activities, becoming Stone Age children, completing map work, capturing a woolly mammoth and building their own version of Stone Henge. 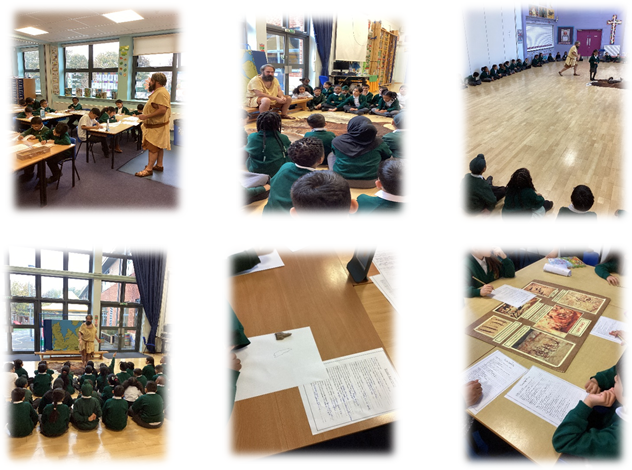 The children in Year 3 enjoyed their first trip of the new academic year to The Falconry Centre. The children were able to walk around the centre and look at a wide range of birds of prey from all around the world. The children learnt about the birds’ features, natural habitats and diets.

Some birds were flown in front of the children, and they even got to see a Peregrine Falcon fly over 70mph. This bird can reach a speed of over 200mph! 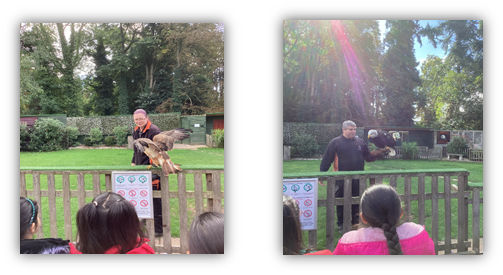 Children will use this experience and learning to create their own leaflet on their chosen bird of prey.

Our trip to Cadbury World

To start our Scrumdiddlyumtious topic we visited Cadbury World. Before going on the trip we learnt about the history of Cadbury and began thinking about the impact they had on Bournville.

While on the coach we saw the Bournville Village and found some historical pictures of the village when it was first built.

Throughout the day we spoke with experts about the history of chocolate, how it is farmed and how Cadbury have created a brand.

After a day of questioning, tasting, smelling, and creating we all agreed that the day had been perfect! 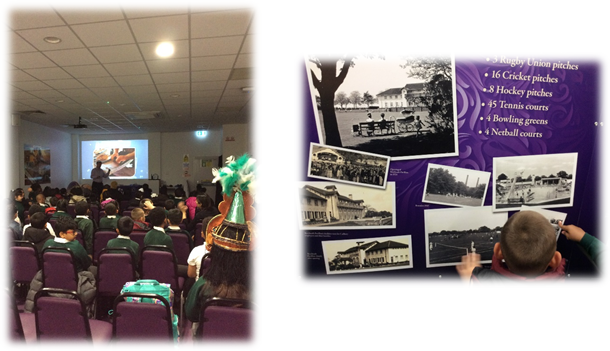 Our trip to Wroxeter

To engage in our Emperors and Empires topic we visited the ancient city of Wroxeter.  After arriving at school nice and early, we set off in the countryside to see how Romans would have lived in the city. When we arrived, we split into two groups. One group was led by Rob, an expert on Roman life in Wroxeter. He was passionate in telling us everything he knew about the city as well as answering all of our questions. At first, we thought we arrived at Hadrian’s wall, but Rob explained it was the bath house and how important it was to Romans. During the tour, he didn’t leave out any detail, including how Romans went to the toilet…

While one group walked around the museum and bath houses, the other group investigated a Roman villa. The villa was rebuilt using only Roman techniques, and we were able to see how rich Romans would have lived in the city. The villa was built next to a Roman road which ran through the centre of Wroxeter.

We learnt that Romans would have had shops inside their houses to sell products to people who travelled through the city. 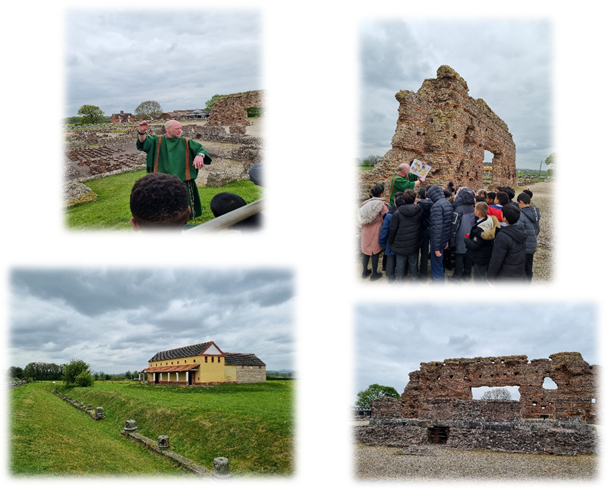 In September, we were visited by Dave. He has been collecting predators for many years, and he bought some of his collection in to show us. Although some teachers were feeling nervous, we were really brave as we got to meet bearded dragons, hawks, owls, toads and a scorpion. We learnt lots of amazing new facts about predators, and we used all the information we learnt to create our own ultimate predator. One of our favourite facts we learnt was that scorpions glow in the dark if you shine a blue light on them! 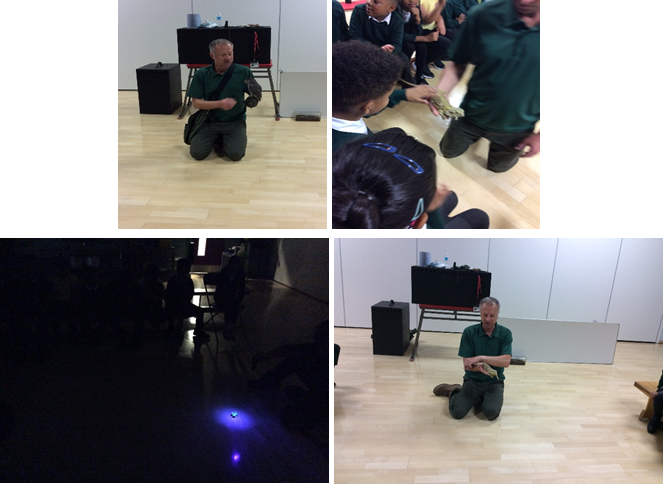