In Year 4, we were lucky enough to participate in a workshop about mountains delivered to us by an expert mountaineer called Simon.

In this workshop, he showed us some fantastic pictures of the mountains he has climbed and told us some fascinating stories about his travels. He has climbed a variety of mountains, so we were learning from the best!

We learnt key vocabulary such as crevasse, avalanche and frostbite and completed codebreakers, word searches, and we made up our own mountain species! We also worked together to solve some problems which helped our team building skills.

This wonderful workshop was a great introduction to our new topic ‘Misty Mountains, Winding Rivers’ and we can’t wait to expand on our knowledge. 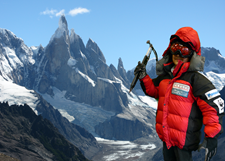 Children enjoyed walking around the Think Tank and looking at the various exhibits that were on display. In connection to our Potions topic, pupils were particularly engaged and enthused at the Chemistry Cauldron workshop. This was led by a member of staff at the Think tank and involved a series of experiments applying the theory of Science and bringing it to life in real-life hands on practical’s. Children were subsequently excited about our Potions topic for the term and what our science lessons would like back in the classroom.

Year 4 also enjoyed learning interesting facts about our Changing Planet and were able to remember an array of facts and figures about the Earth’s different ecosystems and how the effect of human activity has impacted on the rainforests, oceans and wildlife etc.

The chance to play in the Science Garden allowed children to see the technology, mechanisms and systems at work in order operate the different apparatus and equipment in the playground. This served a dual-purpose of linking learning and play. 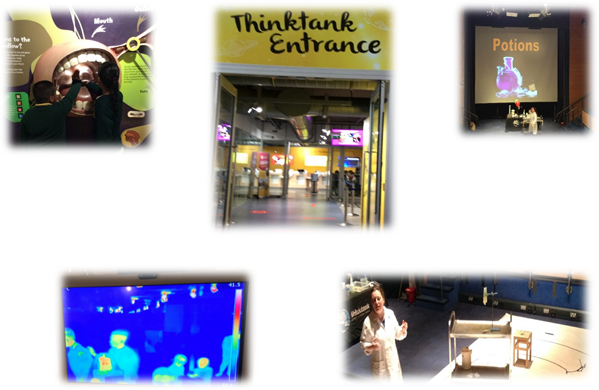 As part of our 1066 topic, Year 4 visited Tamworth Castle.

We enjoyed two workshops: one centered around Medieval dining etiquette and another about different weaponry used during this time. The former saw children scavenging for tankers, plates and cutlery as they rushed to set tables good enough for a banquet in time.

The weapons workshop saw children pretend they were going to battle as they role-played as soldiers who wielded dangerous (they were foam!) weapons.

Both of these workshops were highly immersive and they allowed the children to imagine they were medieval soldiers and servants.

After these experiences, children embarked on a tour of the castle. We looked at the dungeon, a model of the latrine and even snuck upstairs to see the Staffordshire Hoard (we couldn’t resist finding out even more about the Anglo-Saxons – our last topic!).

As we were leaving, we were able to see the motte that the castle was situated on – a key feature of Norman castles.

Overall, our experience at Tamworth castle was extraordinary, and the children really enjoyed their time there!

As part of our ‘Invasion!’ topic, Year 4 attended a Viking workshop! We learnt about how the Vikings arrived in Britain and what their relationship with the already-settled Anglo-Saxons was like. Children passed around artefacts such as bowls, drinking vessels and flints which allowed them to imagine life as a Viking child.

Some of our favourite parts of this workshop were the weaponry segment and the burial rituals. The former saw both classes waging war against each other like true Viking warriors! We acted out battle cries, war stances and intimidation tactics which gave us an insight on how Vikings would have gone to war. The burial rituals allowed us to understand how the Vikings treated their dead – especially after a battle. The workshop was a fantastic experience and a great start to our new topic! 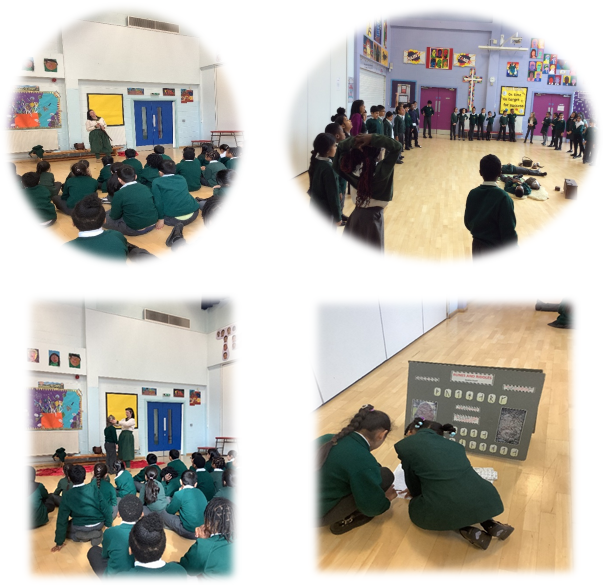 Our visit to the Synagogue

As part of our RE work we are studying Judaism. We visited Singers Hill Synagogue near the Mailbox. The children had an opportunity to visit the children’s synagogue as well as the main place of prayer. Our Jewish expert took us around this special place, and we saw beautiful marble pillars, golden lanterns and several inscribed Star of David symbols on the walls.  We were lucky enough to see a few large Torah scrolls adorned with red velvet and real silver decorations. We learnt that the Jewish holy book is read from right to left and that many synagogues are used as meeting points for the wider Jewish community.

Here are a few pictures of our school trip.

Our Trip to Think Tank

For our ‘Potions’ topic we went to the Think Tank located in Birmingham City Centre. The day was full of fantastic activities including: a lovely scientific sensory garden where children investigated forces and water resistance; a workshop about materials where children made slime and filled a balloon with gases; a ‘magic show’ where children watched a scientist perform fantastic science experiments full of loud bangs, rainbow colours and explosive gases. The children were also lucky enough to explore Birmingham Think Tank, and they saw huge steam trains, parts of the human body and the models of animals long gone. Here are some pictures of our time! 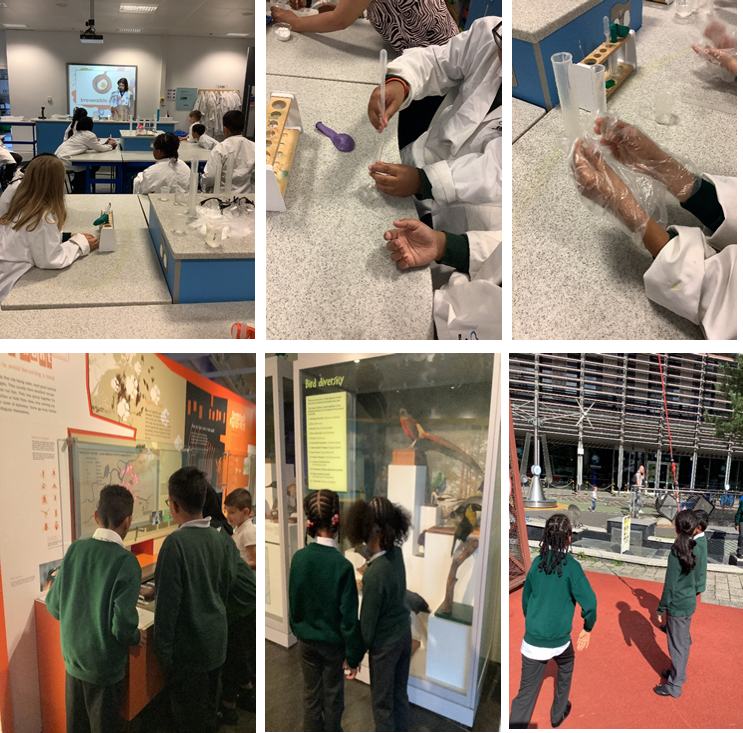