Year 5 had a brilliant day during the Egyptians workshop. We learned about the history of Ancient Egypt, the importance of the Pharaohs and the different gods and goddesses.

During the day, we practised deciphering hieroglyphs to crack the code and played an Egyptian board game (a version of snakes and ladders).

In the afternoon, we witnessed the gruesome mummification process and what Ancient Egyptians believe happened after death. We learnt so much information and are so excited to further develop our knowledge and become ‘Egyptologists’. 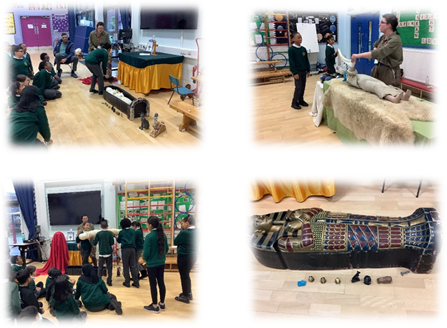 Year 5 had a fantastic day at the Black Country Living Museum. We loved making a spanner using Pewter, which is a malleable metal (a mixture of tin, copper and other metals). After making the spanner cast, we poured the Pewter in. We had to wear protective clothing and gloves because it was so hot in its liquid form. We learnt about how the Victorians used this to make a lot of the tools they needed to help the industry strive.

We watched a Mine Coal show which taught us about the dangers of working underground in the mines. We were taught about the explosive gases through a couple of experiments. One of them was so fast that it would kill you instantly.

Wandering around the village and canals allowed us to imagine what life as a Victorian was like. We now know that it was called the Black Country because of the smoke that was produced, which left a black smog around the area. 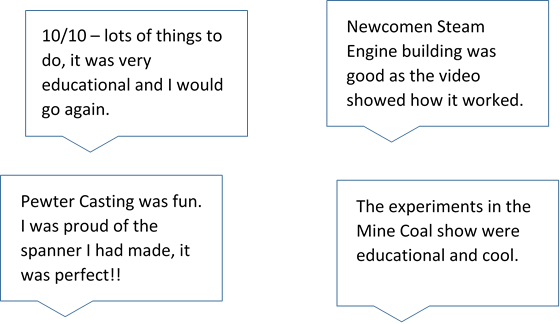 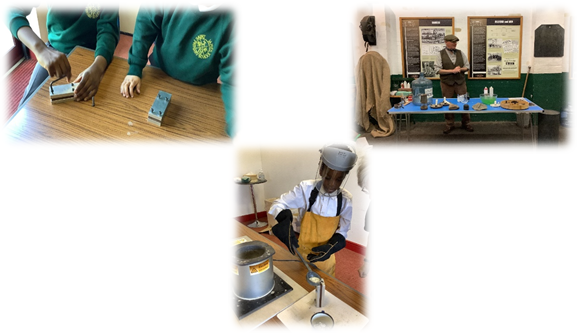 Year 5 had a fantastic day in school, working with Bethany, learning about the Amazon Rainforest. We learnt about why the rainforest known as ‘The lungs of the World’. Even though it only covers a very small percentage of the world’s surface, it regulates the world’s climate and contributes to the oxygen levels. 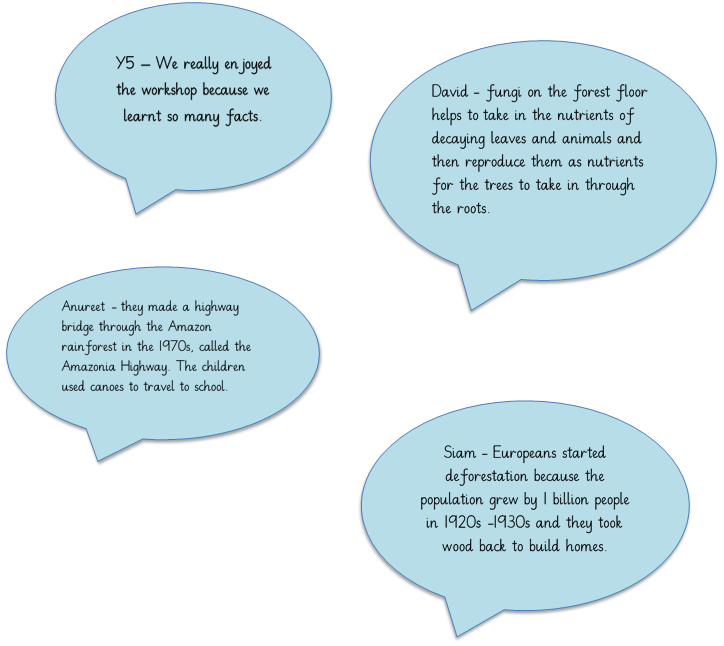 Our trip to the National Space Centre

Year 5 had a fantastic day out at the National Space Centre. We experienced an amazing simulation of an astronaut in space. We learned about the rigorous training they have to complete for many months before going into a rocket.  We were shown how Earth looks from space and how we float because of the weaker gravitational pull. In the workshop, we learned about the phases of the moon and how we see them from Earth. Then we created some wonderful moon charts to bring back to class. There was a lot of information and models to see within the centre and wish we could have stayed there for a longer time. We are really enjoying our Stargazers topic.